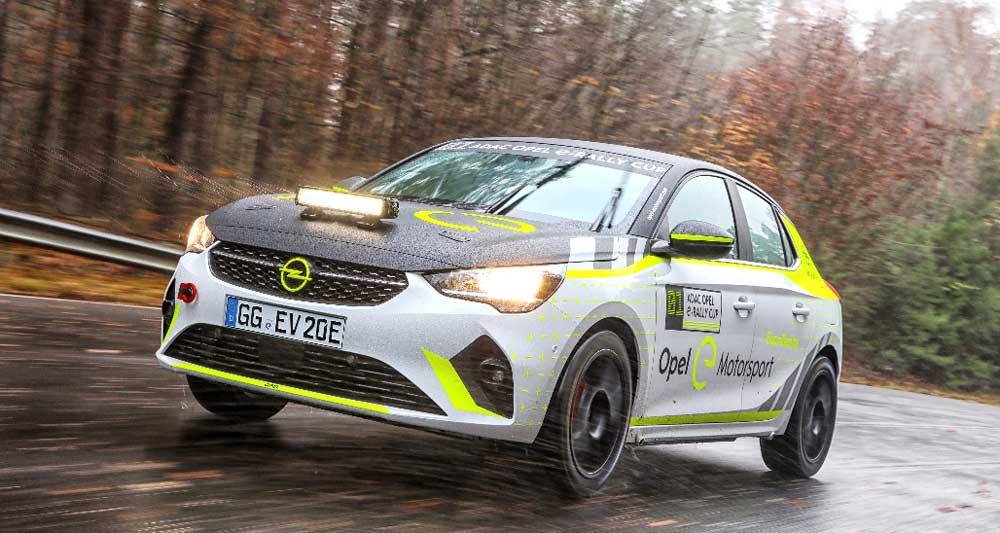 “We have two objectives”, said Opel Motorsport Director, Jörg Schrott. “Both cars are covering as many miles as possible, in order to gather the maximum amount of data at an early stage. There is no experience of an electric rally car that we could turn to, so initially we had to rely on calculations and simulations. These are being gradually replaced with real data. Other focuses are on loads and temperature management of the battery, as well as adapting the software. I am pleased to report that our programme is going smoothly.”

The engineers at Opel Motorsport will turn to the speed of the 100kW (136hp) electric rally car in the second phase of development. “With a brand cup car, it is important that the performance remains constant and accessible under all conditions. The equipment should guarantee equal opportunity for all participants”, said Jörg Schrott. “We also decided that the Corsa-e Rally should match or even exceed the high standards of its petrol-engine predecessor, the Opel ADAM Cup. We are on the right road here too. While the power output is almost the same, the 260Nm of torque is much higher than the ADAM Cup’s. The centre of gravity is low, thanks to the underfloor-mounted battery, and the weight distribution is also very good, which is extremely important for an agile competition car. Now we need to find the most balanced chassis setup, so in January we will start simulating some real rally stages.”

As soon as development of the Corsa-e Rally has been completed, a reference car will be built that will also serve as the template for customer vehicles. Around 20 examples are expected to be built for the 2020/21 season, up to 15 will be delivered to customers in the summer – in time for the first test event in July. 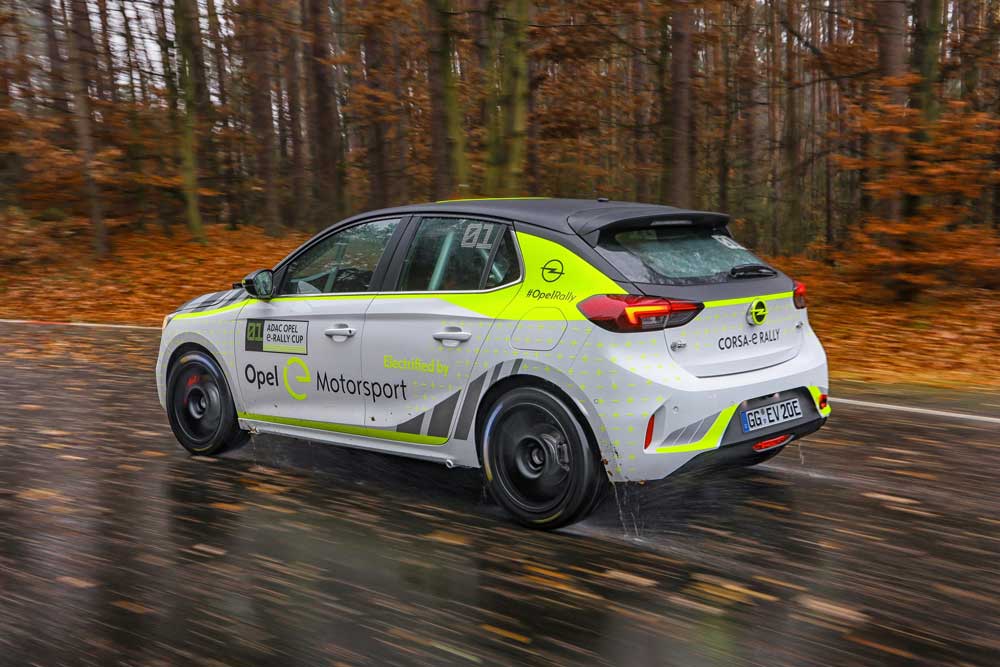 The Corsa-e Rally has the same battery as the production car. The 50kWh energy storage capacity enables a range of 209 miles according to WLTP. In order to optimise the range for rallying, the battery offers three modes: in “competition mode”, full power and maximum torque are available for at least 60km. Electric cars have especially high torque, so the “rain mode” gives a torque curve adapted to slippery surfaces. Teams will use the energy-saving “eco mode” between stages and for driving to service.

Orders for the Corsa-e Rally can be placed now, entries for the 2020/21 ADAC Opel e-Rally Cup open on 15th December 2019. Additional information is available at www.opel-motorsport.com or www.adac.de/e-rally and via email to customer@opel-motorsport.com.