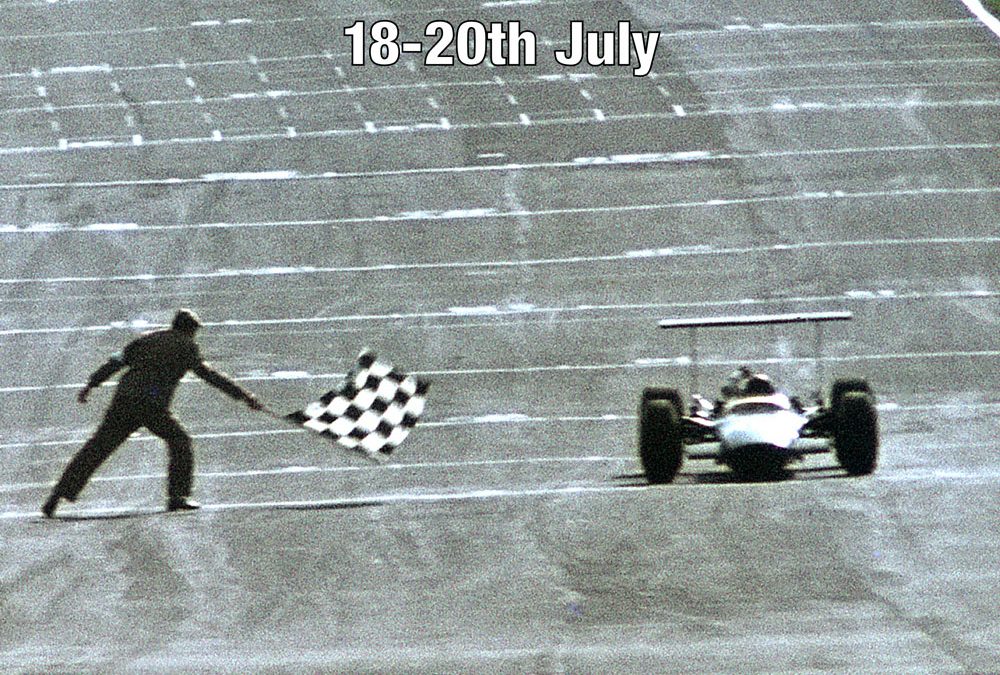 Graham Adams, a lifelong friend, gave me (Roger Dixon) something towards the end of his long and brave battle with Parkinson’s disease.  He wanted me to have it as he said his family would “Just scoop it up as part of their inheritance and not appreciate it”, I certainly did, and do, appreciate it. All the more now as my friend’s battle came to an end last year. What is my inheritance? Well, if you regard it as Graham thought his family would, it’s a fifty year old book where people have scrawled all over the front and back end papers and fly leaves. But I know it’s a pre publication copy of Graham Gauld’s 1968 book `Jim Clark Portrait of a Great Driver’ one of just 100 sold by Les Leston at the British Grand Prix that year. Those scrawlings, indeed they are compared to the neat text throughout the rest of the publication, are the autographs of all the starters in the 1968 British Grand Prix. A feat that would be impossible for a fan to replicate in one weekend today.