F1: My day and Today by Danny Sullivan – Sample issue 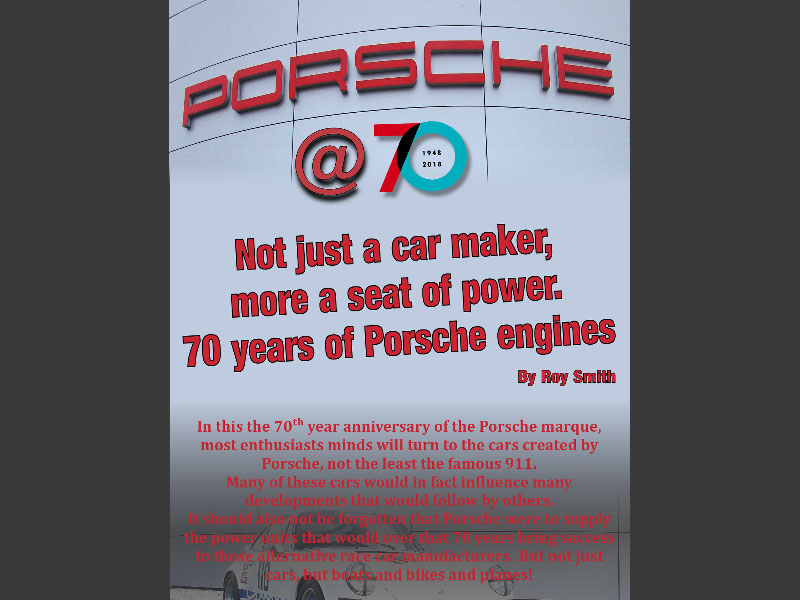 Since the beginning of the last century, the name Porsche has been synonymous with great engine performance, too.   Many times other manufacturers chose Porsche power for the performance, reliability and support service available for their cars.

The 70th anniversary story began in 1948, but of course we need to be reminded that the pedigree goes back even further. As we all will know, though maybe not, Dr Ing hc F Porsche GmbH Design and Consulting Services for Engines and Vehicles was officially inaugurated in Stuttgart on 25 April 1931. Many projects came their way, and suffice to say, that all the projects carried a Porsche design number. One that interests us, can be found on page 28 of Project records of Dr Porsches design bureau, item number 803 project number 60, Volkswagen on the 27th April 1934. Here is the first evidence of the Type 32 Porsche. It was to be the basis of all the Volkswagen “Beetles” that followed. At the same time the engine, designed by the Porsche design bureau under Dr Ferdinand, became the Volkswagen flat four. But, in fact, it was a Porsche engine, having Dr Ferdinands finger prints it. Of course, the hostilities known as the second world war intervened and it was not until 1947, that Ferry Porsche, son of Dr Ferdinand and along with engineer Karl Rabe began planning an open two seat car utilising VW parts. At first called a ‘VW two-seater’, the type number 356. The VW engine was to be situated directly behind the driver in the mid-engine configuration. Porsche already had form in this area with the Type 114 before the start of WWII. The Porsche /VW two-seater open sports model, would morph into the Porsche 356-01. Still initially with its highly developed VW engine. 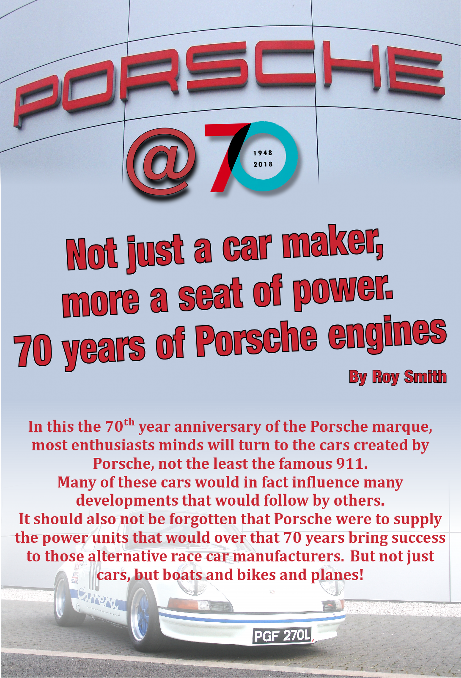