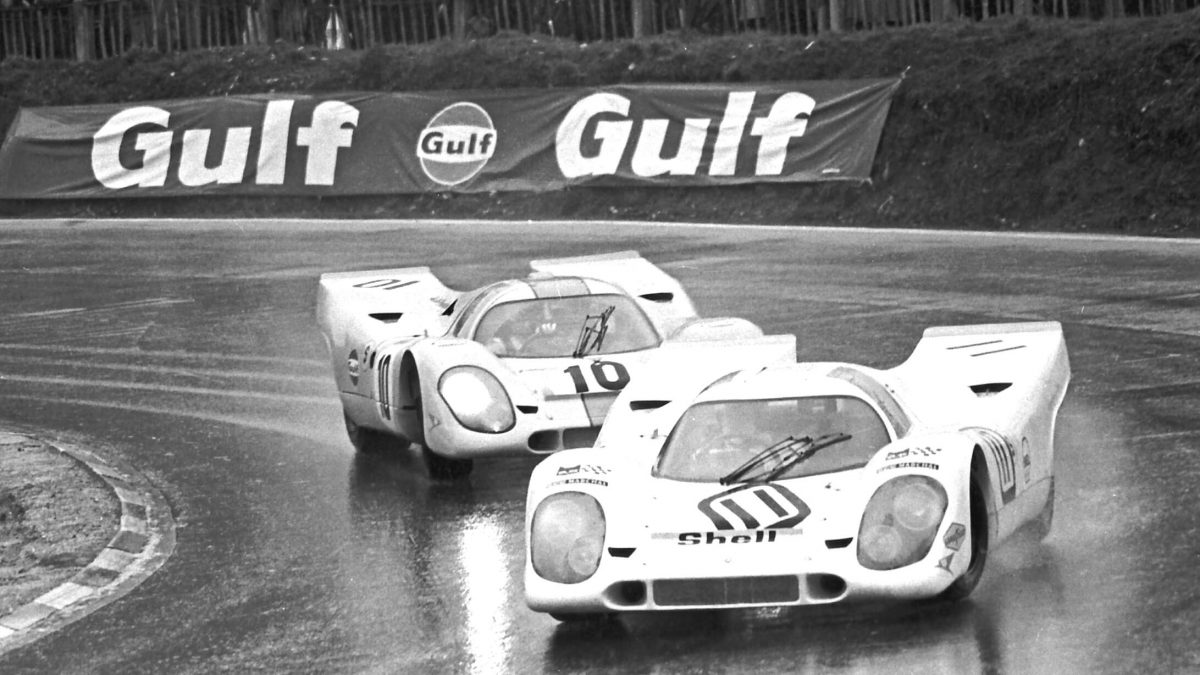 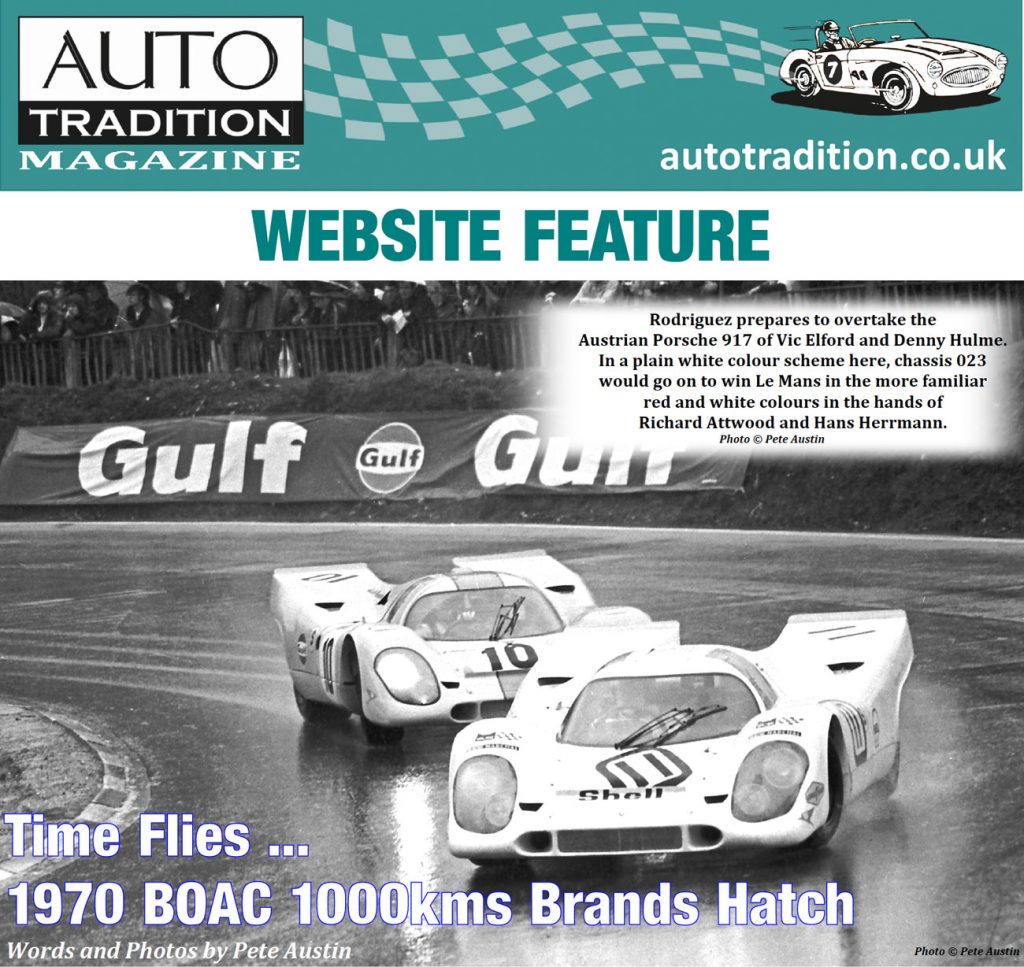 It doesn’t seem fifty years ago that I witnessed one on the greatest wet weather drives I have ever seen. Who will forget the sight of Pedro Rodriguez’ epic drive at a soaking Brands Hatch driving the mighty Gulf Porsche 917.

This particular event went back to a lower key Ilford Films 500-mile GT race held in equally wet conditions at Brands Hatch in 1966. Victory went to the Chequered Flag Shelby American Cobra 427 of David Piper and Bob Bondurant. The following year the race became a round of the International Manufacturers Championship with BOAC sponsoring the event which had a ‘length’ of 6 hours. A famous victory going the way of the unique winged Chaparral 2F of Phil Hill and Mike Spence with the Championship being fought over by works teams from Porsche and Ferrari. 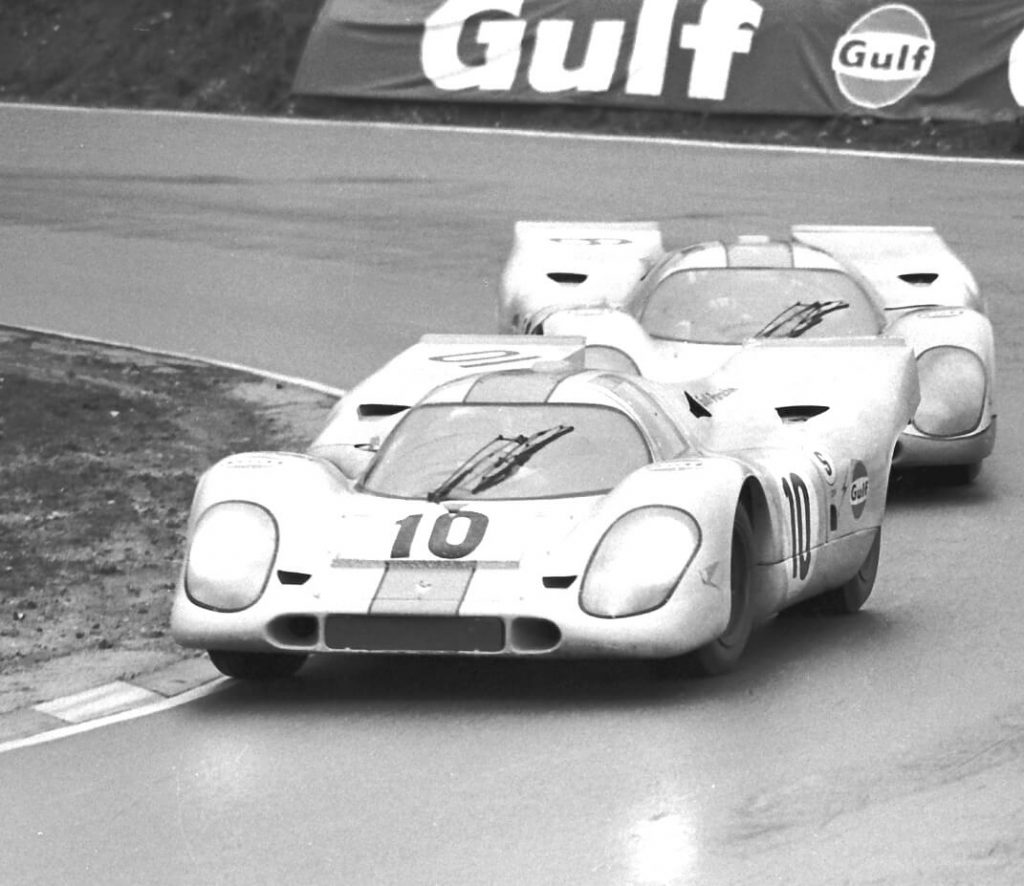 The winning car of Pedro Rodriguez and Leo Kinnunen leads the sister car of Jo Siffert and Brian Redman which failed to finish. Photo © Pete Austin

Fast forward to 1970 and the BOAC 1000ks saw the mighty Porsche 917s up against works teams from Matra, Ferrari with their 512s and a lone Alfa Romeo T33. Although practice had been dry, abysmal conditions greeted the 20,000 spectators who came to see, what turned out to be an epic battle. Vic Elford in the Austrian Porsche 917 (shared with Denny Hulme) led away from the start soon to be overtaken by Jackie Ickx in the Ferrari 512S he was sharing with Jackie Oliver. Meanwhile however, Pedro Rodriguez in his Gulf 917 had been spotted passing several cars under a yellow flag and was summoned into the pits for a reprimand. This was like a red flag to a bull for Rodriguez who, with the soaking conditions seemingly made for him, stormed off for what would turn out to be an incredible drive. By lap 15 he was third and on lap 20 took the lead from Amon in another Ferrari 512S. Finn Leo Kinnunen was the co-driver of the leading Porsche but it was Rodriguez who did the majority of the driving. At the end he crossed the line no less than 5 laps head of the Austrian 917 of Elford and Hulme.

Unusual sight.
Jack Brabham was drafted in to co-drive a Matra-Simca MS650 with Jean-Peirre Beltoise. They would go on to finish 12th.
Photo © Pete Austin

We may have got soaked, but it was well worth it. One of the greatest drives I have witnessed. 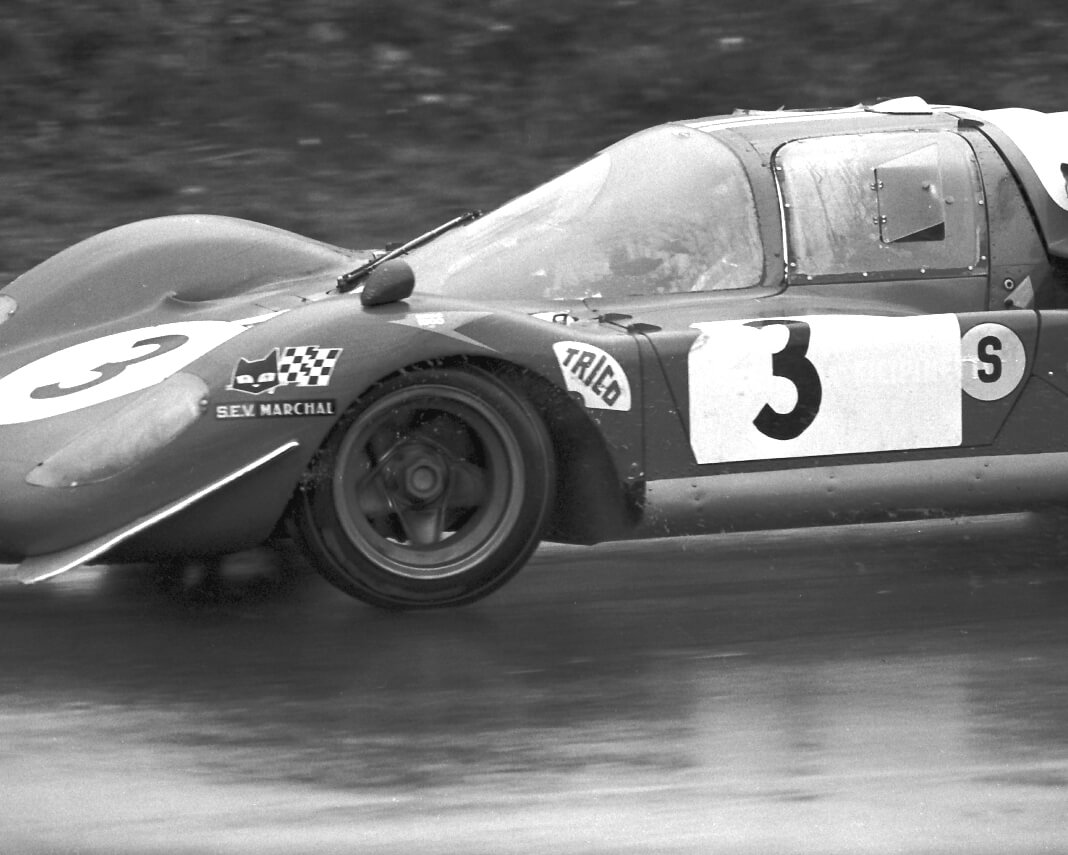 Powerboating. The Filipinetti Ferrari 512S of Mike Parkes and Herbert Muller would plough on through the rain to finish 13th Photo © Pete Austin 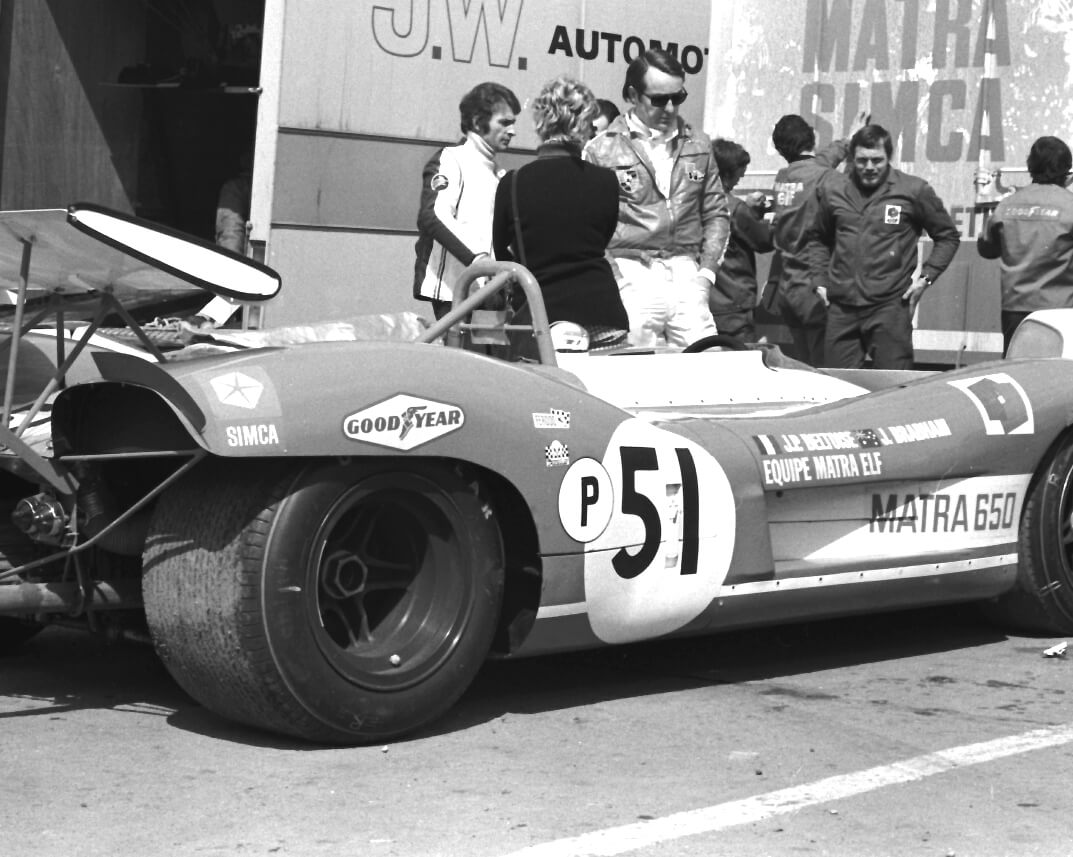 Seeing into the future? Gerard Larrousse (who drove a Porsche 908 at this event) takes a close look at a Matra MS650. He would go on to drive for Matra in the 1974 race. Photo © Pete Austin 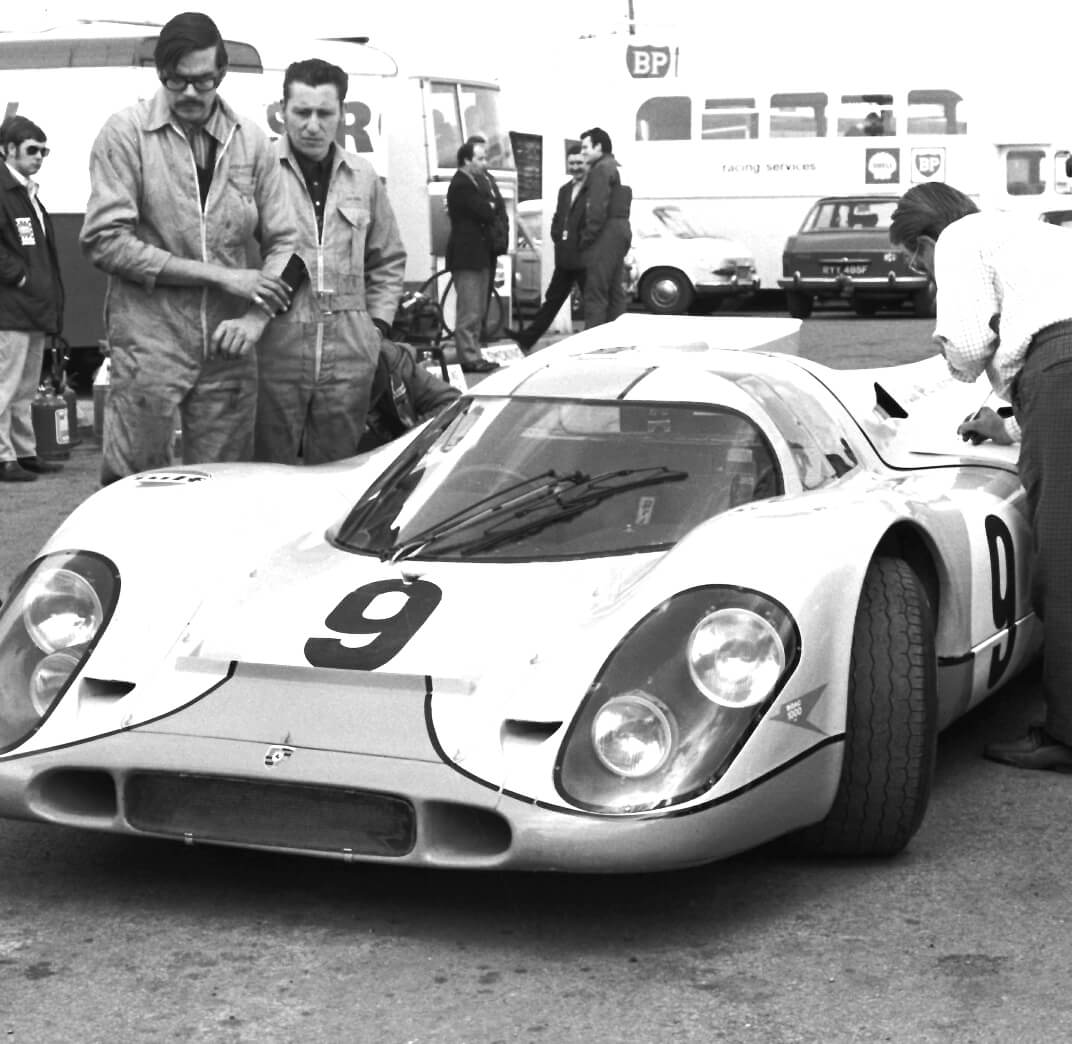 The Jo Siffert/Brian Redman Porsche 917 is scrutineered before practice under the watchful eye of the mechanics. Photo © Pete Austin 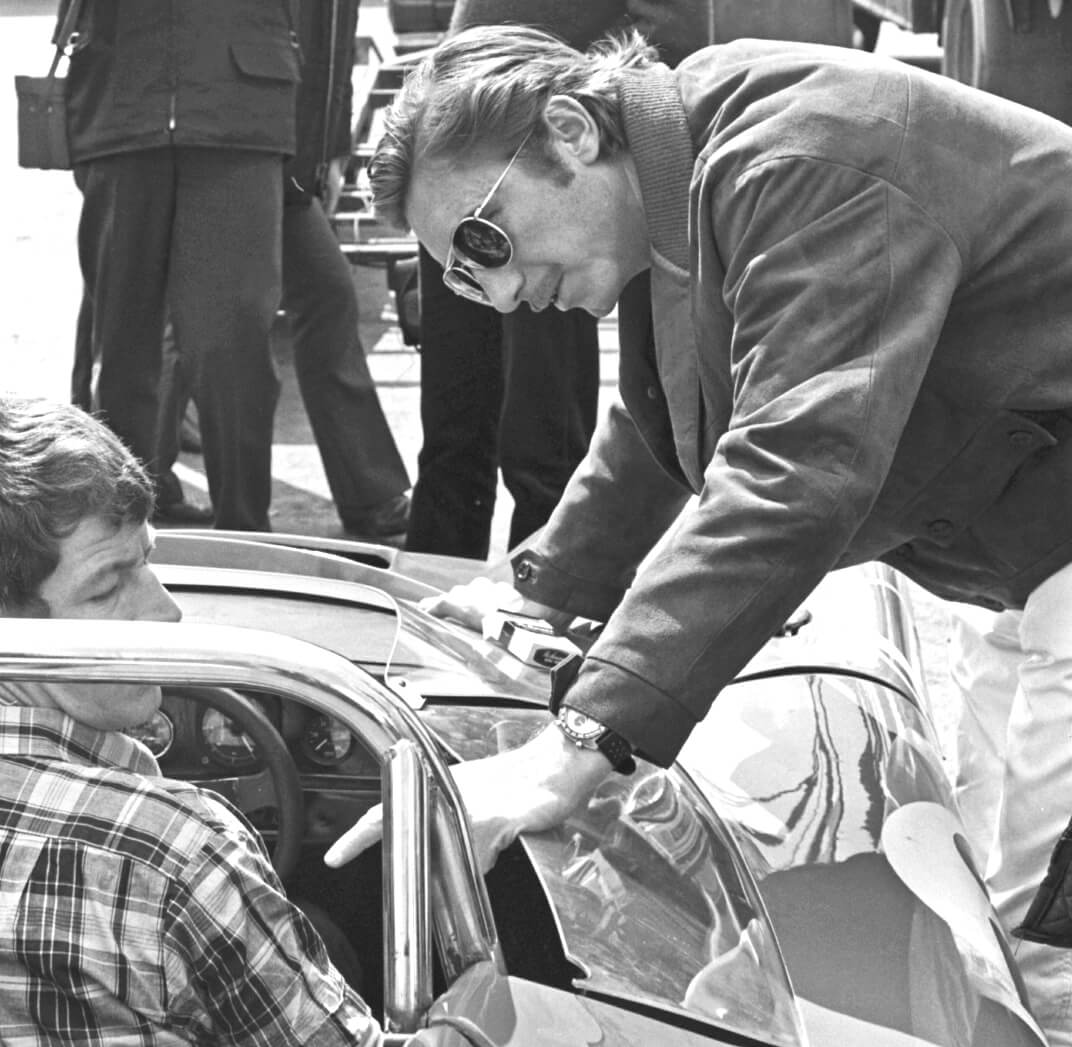 Tony Lanfranchi (Nomad BRM) gets some advice from Jo Siffert. Or is it the other way round? Photo © Pete Austin 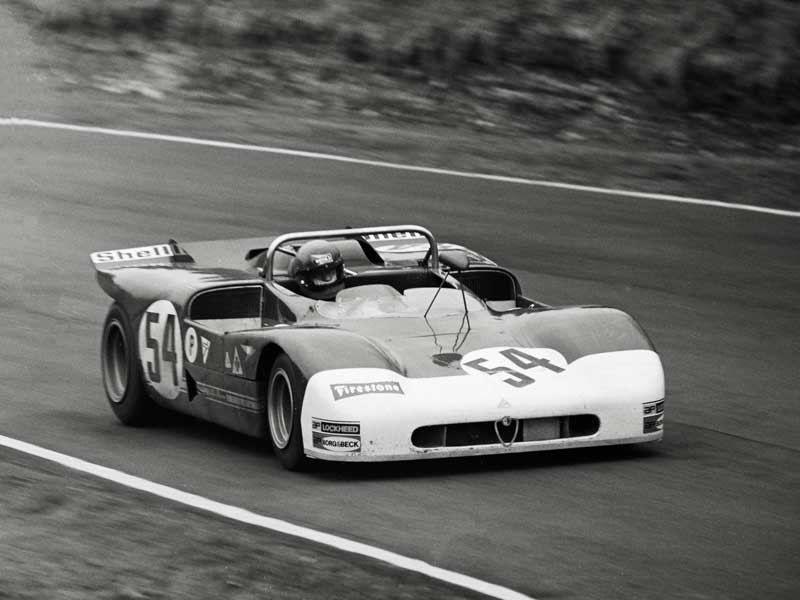 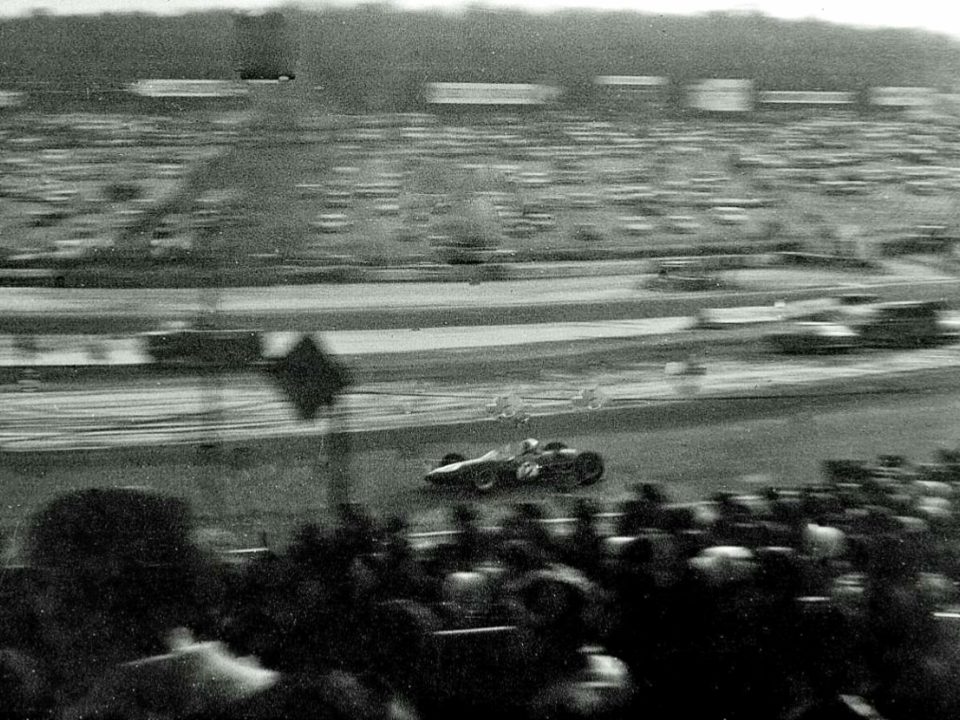